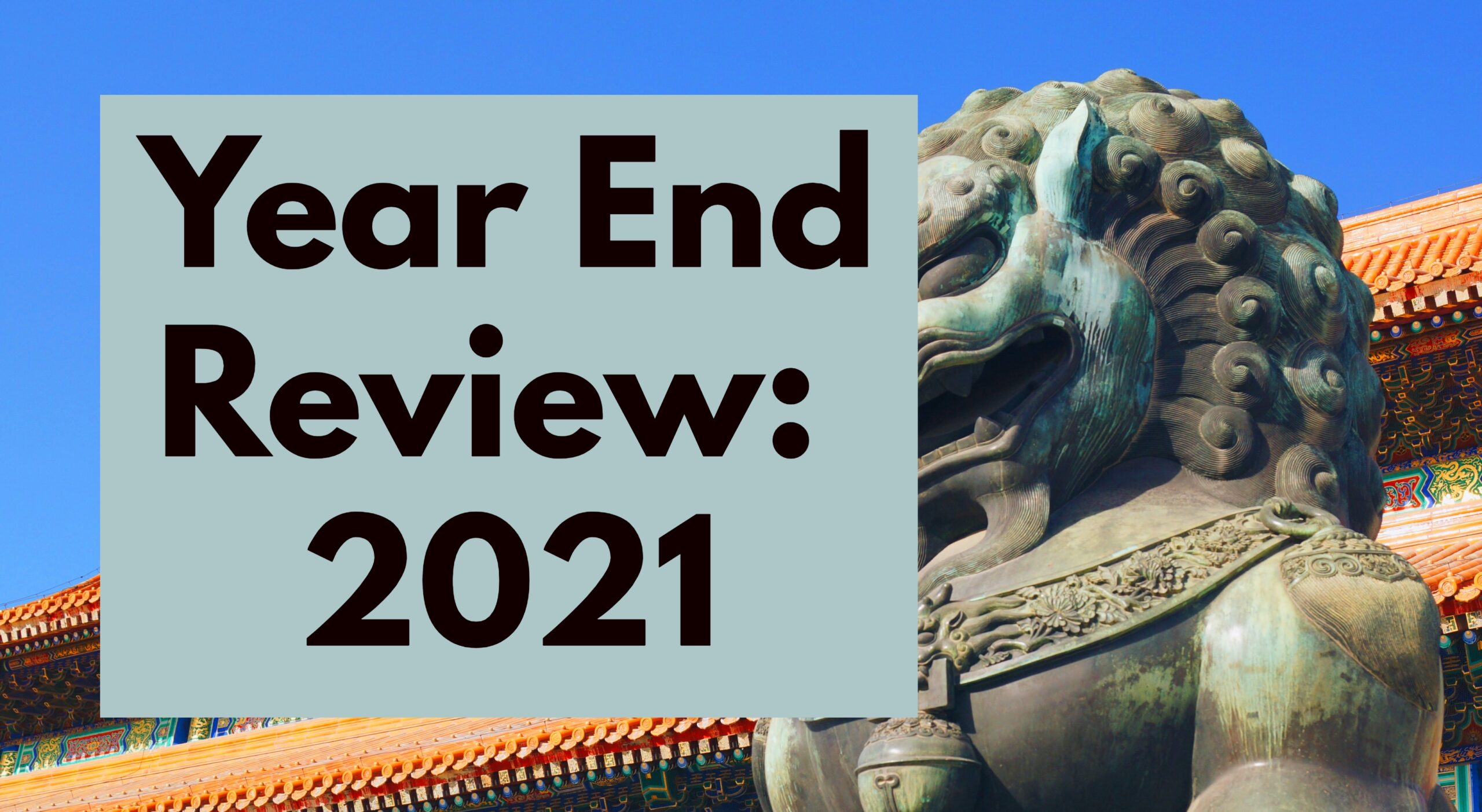 As we draw the curtain on last year, we are still reeling from a global pandemic that has left an indelible mark on life and work as we knew it. 2021 too was punctuated with many moments of highs and some lows. But hard lessons were learned too and in hindsight, nothing could have prepared us for 2121 like 2020!

If 2020’s buzzword was a “new normal”, last year it was “reconnect” for us at LC Venture and across our business holdings. It’s true that LC Venture has UK roots, but last year we also revisited our Chinese heritage. We found this to be a source of great strength, especially in the demands of last year. To see these two identities, intertwine and created a unique mix of wisdom that lent itself to inform and influence our corporate values and business acumen was truly extraordinary.

Over years, we have been grown keen of the age-old wisdom and characteristics of China that is rooted in a collective and shared good which is marked by giving back and leaving no-one behind. This was especially relevant for us in 2021. As the year unfolded, we knew this path will surely take us to a better place individually and also collectively as a company.

In 2022, we went back to drawing board to see how we could improve ourselves and remain relevant and still provide value to our customers, for whom we exist and who continue to be the source of our motivation. And, with a combination of daring leadership, exceptional teams and wonderful partners, last year registered a host of many success stories: the launch of several new services, investment into a new and aspiring business frontier, forging exceptional new partnerships and rekindling old connections, senior industry members joining the leadership team, and even a move to a new and bigger office, at our prime location in the heart of Beijing city!

There were a few glitches along the way as well but above all, it was a year where the company and our took on a whole new meaning and we have many, many things to look forward to in 2022.

The Year in numbers

Below is a token of some of highlights from last year:

4 major new partnerships across in China and greater Asia on cross-border investments, investment banking and property developers in China, Japan and Korea.

2 accreditation and certification form 2 major UK Education association, with one +600 UK based member school and the other with +400 schools and a presence in almost 80 countries globally.

In June last year, BeGo Education successfully held its annual conference at The Great Hall of St. Regis Beijing Hotel. Chosen to coincide with the World Well-being Week (June 21-30), the event was held under the theme: Held under the theme: International Education and Students’ Social and Emotional Development for Future Success. The event was sponsored by One Thames City. 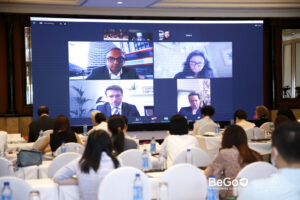 The event comprised of a virtual panel of speakers from the UK, a virtual keynote speech from the US and a live panel discussion. The UK panel was joined by principals of some of the most well-known UK boarding schools, including Harrow School UK, Cheltenham Ladies’ College and Westonbirt School and the award-winning DLD College London. Professor from Cleveland State University presented a keynote speech during the event.

The event also featured a panel discussion featuring the co-founder of Western Academy Beijing (WAB) and Hyde Academy in Beijing, the Chief Director of Beijing International Bilingual Academy (BIBA) and an expert psychologist from Olivia’s Place, a multidisciplinary pediatric therapy services provider working with children of all abilities and all ages. The panel focused on the role of parents in supporting children’s learning in an age characterized by social media and a decline in motivation for studying. 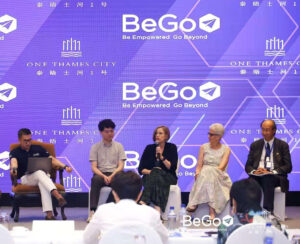 Moreover, BeGo Education was invited to a joint speaking event organized by New Oriental (XDF) in December on topics focused on how parents should choose an international school for their children. Also speaking at the events were representatives from Keystone Academy Beijing, Tsinghua University High school and Beijing World Youth Academy among others.

One of the highlights in February, BeGo Education was joined by the finance and banking giant HSBC through its wealth management arm HSBC Jade and Grant Properties, a UK-based property investment and management company for an online webinar organised by the China British Business Council (CBBC) office in Shanghai. The joint online information session was aimed to inform parents how family education and investment are converging. Driven by the ever-lowering age of students seeking quality education, many parents are planning their children’s education decades earlier and making strategic planning and investment decisions.

Similarly, several information sessions were regularly held throughout the year. These include a speaking engagement with 1003 Polo club, a session with a group of Chinese students leaving to the and many others.

Last year, the Board of Directors at LC Venture revisited some of the portfolio investments held by LC Venture across southern China including locations in Shanghai, Zhejiang (Ningbo) and Guangdong provinces. These businesses include an automotive parts manufacturing in Ningbo, a battery manufacturing factory in Zhuhai and other portfolio investments in small businesses including the F&B, lifestyle and wellness. LC Venture also fully holds BeGo Education, the education brand that is a business leader in providing a highly customised and bespoke family education services to over 150 select clientele of families across China.

LC Venture has been providing business advisory and consultancy work for years, and last year we were approached by several local investment groups interested in bringing to China big brand name schools from the UK. Other were seeking partnerships with foreign educational or co-educational programs in art and music. The major investors included property developers from Hunan and Foshan and a music conservatory from Sichuan provinces. 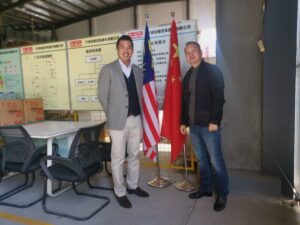 On a related note, LC Venture was approached by the several UK and China-based parties, including the Harrow International Management Services (HIMS) and Asia International School Limited (AISL) who are behind the fleet of Harrow international Schools across China. Following the release of the “Opinions on Further Reducing the Burden of Students” in May last year, the private education sector had been in disarray, leading many education firms to shift or close their operations. This was also worrying for many UK brand private bilingual international schools, who were either already operational or in the process of opening or planned opening.

The shifts and changes from the reform are still unfolding and almost four months into the reform, an air of uncertainty hangs on how the private education space will fare in the coming year. LC Venture provides industry advice, reports and strategies for foreign operators in China. You can read about it in our article.

BSA and COBIS – the gold-standards of UK Education Associations

Besides, BeGo Education also joined the Council of British International Schools (COBIS), the largest premier global association for British schools overseas. The Council represents over 400 schools and associations from almost 80 countries across every continent.

We affirm that valuable partnerships with firms based either here in China or abroad are key to the success of our business and to be able to serve our families well. Last year also saw the negotiation of dozens of new partnerships, most of the engagements signed and with some agreed in principle. LC Venture now has, either directly or through our education brand, agreements in place with the Harrow development Trust, the fundraising arm of the Harrow School UK, and several UK based education consulting and assessment firms.

BeGo Education had also in principle agreed with several local education institutions including Tsinghua International High School (清华附中国际部) for cooperation in various areas of student placement, global partnership and assessment. We are currently in various levels of engagement with these channels.

Last year has been a very busy time for the team and Gaston Chee had been very occupied on several speaking engagements in Beijing, Shanghai, Hangzhou and Tonglu to mention some. SA special note is given to the Center for China Globalisation (CCG) and the Global Young Leaders Dialogue which had been instrumental in spotlighting several successful members of the ex-pat community in China who were scoring big. In rare news, the group had received a letter from President Xi.

An Lawrence from Canada: Searching for family in Jiangyin

At LC Venture we have always held a deep conviction for CSR and this year has never been an exception. Last year, we teamed up with the Jiangyin Volunteer family reunion Association and helped in their efforts to unite families that were separate for many decades, especially those who were given in adoption to families abroad. The Jiangyin Association had successfully united hundreds of families. This year, the team was instrumental in uniting three families with their relatives in the city of Jiangyin. 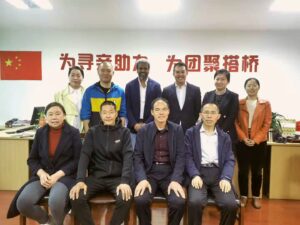 These are some examples of the media coverage and mentions for last year. Gaston Chee was also nominated for the prestigious GenT. List 2021 organized by the the Tatler Asia Magazine which features young leaders shaping Asia’s future.

What is in store for us for

LC Venture will seek to revitalize and revise its existing operation and investment profiles across China, with a planned office opening in two locations. The board is also in the process of negotiating the approval of structural review and company make-up to introduce a new body of a steering committee of non-executive board members. The board is already accepting interests from exceptional candidates with decades of proven experience.

BeGo will focus on differentiation

BeGo Education will continue to focus on providing even more differentiated services to its clientele base. We had recently launched two new services in late 2021. The family education Offices will focus on international education services for local families. The other service, Family Service Center will provide comprehensive and highly customized academic and lifestyle support for students studying abroad.

A third new service on admission and school placement services is expected to launch before the Chinese New Year.

At LC Venture and across its holdings, we have always adhered to the strategy of hiring and developing talents and the coming year will not be an exception. We have current and soon-opening posts and we invite all interested to join our vibrant and exceptional talents. This year LC Venture will also relaunch its popular  Internship Program and we hope to attract and develop raw talent.

The token events from last year had caused us at LC Venture and our businesses to redefine our priorities and make a leap of faith into new avenues.

While saying goodbye to 2021, we are truly looking forward to 2022 and feel certain that the new year will be more exciting with challenges and great opportunities awaiting us.

Wish you and your family Happy New Year!