IN FOCUS: China Daily features Gaston Chee on its special issue on the 72nd anniversary of the founding PRC 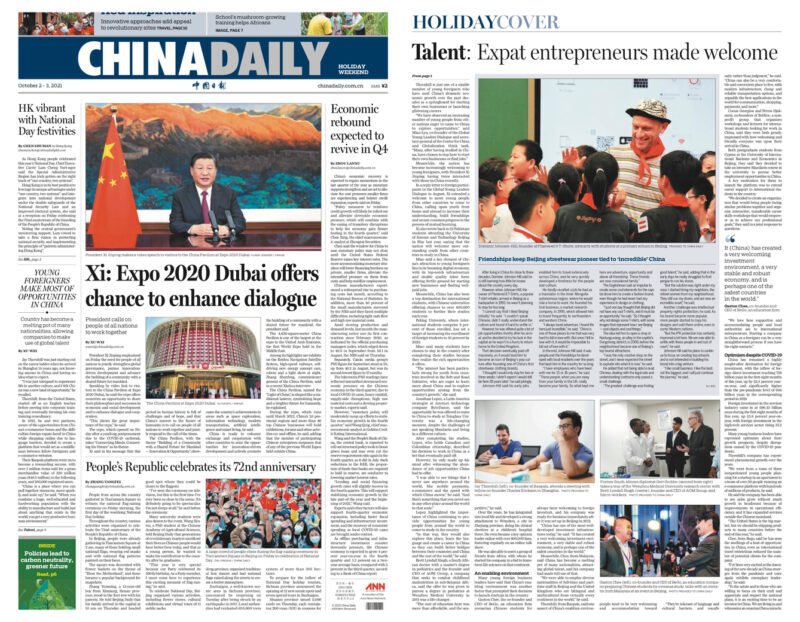 On the occasion of the 72nd anniversary of the founding of the PRC, BeGo Education Co-founder and CEO Gaston Chee was featured by China Daily, the country’s most circulated newspaper in English. The article featured Gaston Chee among exceptional pats talents that are scoring big in China.

For years, China has overtaken the US and Europe as a top destination of expats investors, entrepreneurs and those looking for higher education opportunities. The exceptional cohort of expats featured in the article is among the thousands of expats throughout China who are making a positive contribution to the country’s economy and facilitating a win-win people to people exchange between the Chinese and their respective countries.

Below you will read the stories of these exceptional young talents and how each of their journey to China has meant a life-changing opportunity.

**The following is a short reproduction of the article by Xu Wei, as was published at China Daily Newspaper on Oct. 2- 3, 2021.

The newspaper featured Gaston Chee, (co-founder and CEO of BeGo)

Gaston Chee, the co-founder and CEO of BeGo, an education firm preparing Chinese students for study abroad, said that China has always been welcoming for foreign investors since he set up in Beijing in 2012. 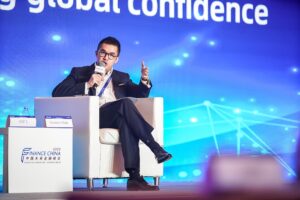 “China has one of the most well-developed investment infrastructures today,” he said. “It has created a very welcoming investment environment, a very stable and robust economy, and is perhaps one of the safest countries in the world.” He said that China has become a melting pot of many nationalities, attracting global talent, and his company had made full use of that. “We were able to employ diverse nationalities of full-time and part-time staff in Beijing and the United Kingdom who are bilingual and multicultural from virtually every continent in the world,” he said.

Thornhill is from the United States and he arrived in Shanghai 14 years ago. In 2015, he and two partners founded Baopals, an e-commerce platform that would enable expats to use local e-commerce websites without any language barrier. With over 100,000 registered users, the platform became hugely successful, with a gross merchandise value of 320 RMB worth of merchandise sold. 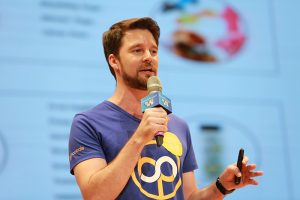 “China is a place where you can pull together resources, move quickly, and scale-up,” he said. “When you combine a huge, well-educated and hardworking population with the ability to manufacture and build just about anything that exists in the world, you get a very productive business environment.” He said.

Jonathan Lopez: IT strategist at ByteDance

Jonathan Lopez, is a strategist at ByteDance. A Schwarzman Scholar from Tsinghua University, Jonathan decided to stay in China after his studies, witnessing the abundance of job opportunities China had to offer. 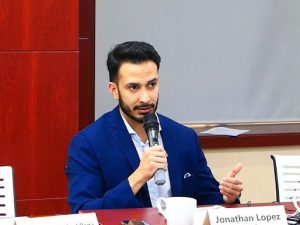 “I was able to see things that I never saw anywhere around the world, like mobile payments, e-commerce and the speed with which China moves.” He said exploring the country, learning the language and creating a career in China had helped many expats like himself to build better bridges between their countries, China and the rest of the world. 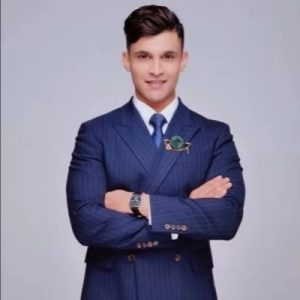 Brett Lyndall Singh, is a medical researcher and entrepreneur from South Africa. He developed a strong attachment to Wenzhou, a city in Zhejiang province where he got his Master’s degree in paediatrics at Wenzhou Medical University in 2011 and his clinical electives at a children’s hospital there. He went on to become a key opinion leader online with over 800,000 fans and features regularly on online talk shows.

He was also able to meet a group of friends from Africa, with whom he started his company in a bid to transform life sciences on that continent. He said that China had transformed the lives of thousands of international students by providing competitive and affordable education.

Costas Georgiou and Petros Djakouris, co-founders of BeHive, a nonprofit group that organizes workshops and lectures for international students looking for work in China. Both are postgraduate students from Cyprus at the University of International Business and Economics in Beijing. 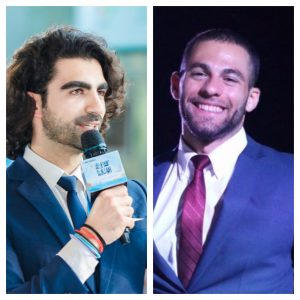 A key motivation for them to launch the platform was to extend career support to international students in the country and they said they decided to take an intensive Mandarin course at the university to pursue better employment opportunities in China. “We love how supportive and accommodating people and local authorities are to international entrepreneurs. Starting a company in China as a foreigner can be a very straightforward process if you have the right approach,” they said.

Different stories with the same plot

These stories highlight the experiences of thousands of expats who have been able to utilize the unique opportunities China has to offer. The trend is set to continue despite a slight dip from Covid-19 last year. A recent Economist Impact report sponsored by Invesco’s puts the expected to increase in investment at more than 60% in 2021.

Many young business leaders also have expressed optimism about their growth prospects, with many featuring staff reporting expansion and increase in revenue. “I’ve been very excited at the dawning of the new decade as China emerges from the pandemic and once again exhibits exemplary leadership,” Gaston said.

To the astute and to those who are willing to focus on their craft and appreciate and respect the national plans, it is an exciting time to be an investor in China. We are living in and witnessing an ongoing China miracle, and we cannot afford to miss out.

You can also read about the article here